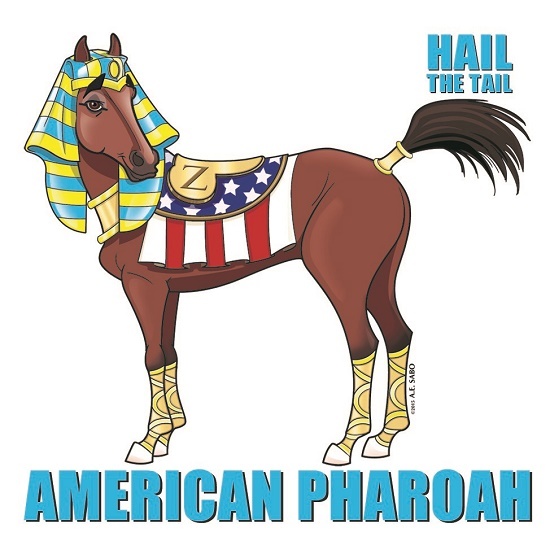 The Haskell Invitational, August 2, is American Pharoah’s first start since clinching the Triple Crown when he dominated the Belmont Stakes in early June. Ending a Triple Crown drought of 37 years, American Pharoah joined Secretariat, Affirmed and Seattle Slew as one of only 12 Triple Crown winners going back to 1919. The Haskell is part of the win-and-you’re-in Breeders’ Cup Challenge series for the Breeders’ Cup Classic and it will be broadcast live on NBC from 5-6 p.m.

The public is welcome to watch American Pharoah on his morning gallops before the Haskell. The Monmouth Park Racetrack Clubhouse will be open to fans Friday and Saturday mornings between 7 a.m. and 8 a.m. where they will be able to see American Pharoah and fellow Haskell entrants exercise.

On Friday, July 31, Monmouth Park racegoers will be able to watch American Pharoah school in the paddock. According to a press release from the track, ” ‘Pharoah’ is set to school in the paddock on Friday 7/31 with the field for the first race (12:50 p.m. – weather permitting).”

Citing the tradition of the White House honoring America’s leading athletes, Representative Paul Tonko, the Co-Chairman of the Congressional Horse Caucus has requested the accomplishments of Triple Crown winner American Pharoah and his team be honored in a White House ceremony.